In construction, the labor pool has run dry. Every day we talk to contractors who could add services if they could find people to do the work. While contemplating how to help IDI’s contractors with this, I remembered that Bryon from AI in Fort Myers, FL has added or gathered up to 12 crews over the last three years, so I asked him to share his strategy on this month’s R-Value podcast. Below are some of the highlights from that podcast and some other creative ideas that may help fill up your bench. While there are no silver bullets here, I wanted to share his insight and advice. 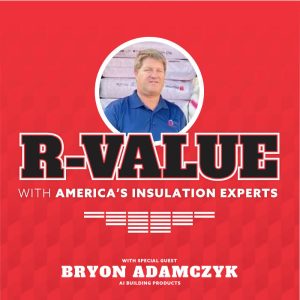 Quite often, Bryon gets so busy he needs to sub things out. Well, when it comes to subs, they love working for him because he pays them right away. His point is that they have homeowners trying to pull them away to work for them. Homeowners pay right away, so to compete with them, he does the same. As soon as he gets an invoice, the payment is sent.

As for finding labor, most of the old methods don’t work anymore. Sometimes you can go to “pay by the week motels” and the manager will know who is actively looking for work, but in reality, Facebook seems to be as good as anywhere these days. Bryon’s best method is to turn his crew into recruiters for him.

Bryon finds installers want to be their own boss. For him, trying to lock them in or control them doesn’t work. While we were at his shop, one of the guys another contractor had lured away with the promise of more money, came in asking for his job back. The other company did pay more but started him off with only two-story projects, so he was getting home after his kids went to bed. When he worked for Bryon, he was always home before 4:00 and got to have dinner with his kids. Bryon welcomed him and said he had worked for him the next day. The best part though… The guy brought another installer back with him! Bryon had another installer decide to buy his own equipment and become his competition. He came back to work and wound up selling his equipment to Bryon. The point is, they want to be independent, and Bryon never gets upset about it. He figures, let them try. When it doesn’t work out, they come back and tell the rest of the team how good they have it.

Part of letting them be their own boss is letting them take as many, or as few jobs as they want. (This strategy only works with good job costing and knowing when and where the material is used.) Knowing they want to make $250.00 – $300.00 a day, Bryon gives them what needs to be done for the day but makes sure they have enough jobs and material on the truck so they can make even more if they want. The key he says is to make sure they don’t burn out. Whenever he sees a drop in their production rate for the day, he steps in, thanks them for their hard work, and makes sure they are getting enough time off. If they have decided to work Saturday, he may tell them no more Saturdays for a week or two or even give them extra money and time to take their family to dinner. His goal is to keep them fresh.

The cornerstone to his operation though is having a fantastic operations manager. One that works for his team and has their back. Bryon has learned that listening to him and learning from him pays big dividends. One of those lessons has been that no matter what someone does, you never confront them publicly. Never. Many of his crew members come from families and cultures where respect is everything. Even if they stole something and got caught, if he disrespects them in front of their peers, they can no longer work there. And often, family members and others will leave with them. When he respects them, the whole team becomes his best recruiters. They know when new people move into the area and they promote working for him. If the crew is a family, they will want to bring more members to the family and help it grow.

No doubt some or all of these may be things you are already doing to grow your company. Knowing this is one of the biggest challenges, we want to share anything that might help. Over the next few months, we will continue to share more strategies on recruiting and retaining talent. If you have wisdom you would like to share with other IDI contractors, we would love to hear from you.

One of the greatest changes we are seeing in construction is the number of women coming into the trades. And, one of the best ways we can expand the construction workforce is by attracting more women. Be sure to listen to next month’s podcast when we launch IDI’s new podcast series on Women in the Insulation Industry.

Have a question on anything insulation, pricing, or want to place an order? With hundreds of products and countless services, our experts will help walk you through the process of getting ready for your next project. Get in contact with our team today for help and guidance on the right products and best techniques for you and your business.