Code Officials Are Getting Tougher. What Changed?

If you are an insulator, your interaction with code officials is changing. If you spray foam, it may be changing a lot. While some of you may not have noticed anything yet, I would get ready for when your local code guy starts demanding more than he did last year.

For those installing fiberglass, there was a time when the code official walked in, saw a number on the face of the batts and signed off. For spray foam compliance though, many companies spent years educating code officials on air changes and the benefits of air impermeable insulation and the closed attic assembly. It took years, but for most municipalities, the contractor was allowed to spray a few inches of SPF to the roof deck and the code officials were fine with it.

Then, between 2016 and 2017, something began to happen. Contractors began calling me to tell me how the same code official that gave them a pass last year now wants to see the R-value the code calls for or proof they still meet the code. What proof? What changed?

In some ways, the code changed. In other ways, nothing changed. 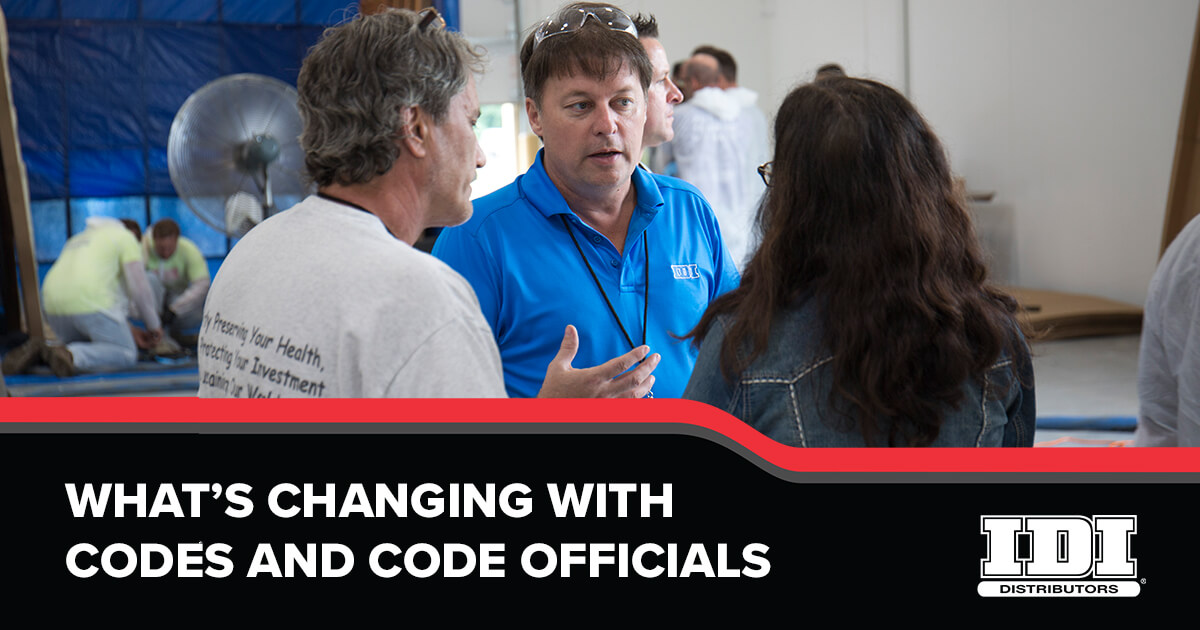 For years now, there have been two paths to comply with building codes. The two paths the code allows for are:

When I spoke to code officials in the past, I would show them things like heat flow reduction charts or the Building Analyst Standards showing effective R-values, in order to lay out the case for the performance of a closed attic assembly. Once in a while I had to pull documents from states like California or Alabama to show the acceptance of SPF at thicknesses other than the prescribed R-value. These documents, combined with blower door testing showing the structure as 1-2 ACH50, worked for the authority having jurisdiction most of the time.

That is, until recent code changes brought about the adoption of a better way to calculate performance and give it a score.

With the 2015 IECC (International Energy Conservation Code) we were introduced to the ERI score. Unlike performance paths of the past, the ERI score gave municipalities the opportunity to define a number that met the performance goals they wanted for new construction in their areas and gave the code officials an easy way to determine if those goals were met. What’s more, there are multiple software programs available to generate a score with little or no testing or big reports to decipher.

So that brings us to why many of the code officials we have dealt with for years can’t just sign off anymore. Quite simply, with the adoption of the new spray foam codes, they need to either see the prescribed R-value and blower door results, or they need an ERI score that shows you pass. That’s it. There is no other option.

Using the ERI Compliance Path for the 2015 IECC

If this leaves you asking, “Can I work up an ERI score on a house to determine if what I want to do will pass?” Yes, you can.

To find out more contact us at IDI, come to one of our regional trainings, or watch for upcoming blogs on code compliance later in the year. With this as with anything else related to our products, we are here to help.

Our goal is to earn your business every day, so if there are other topics you would like us to highlight, please let us know!

Ken Allison works for IDI Distributors in Business Development and Building Science. Learn more about code changes and how to stay compliant when you attend one of our regional training events for applicators and contractors. Click Here to find one near you >

The health and safety of our employees, customers and communities is our top priority.Read about our response to COVID-19.